The “Mission To Logan” was the name given in 1865 to the first Parish that included what is now Woodridge Parish. That Parish, in 1865, included the area from Brisbane to the New South Wales border, and west to Boonah. The first church was the Church of the Assumption and was located on Logan Reserve Road. Our parish since then has been part of a number of growing parishes, namely Beaudesert, Yeronga, Mt. Gravatt and Sunnybank. Consequently, in 1980, an area covering Marsden, Loganlea and Waterford was cut off from St. Paul’s to form a new parish.

The history of this parish is probably best described by the memories of its older residents;Chris Kenny talks of when there was only one Mass a month held at Waterford.

Bill Grose speaks of the 1930’s when there was Mass every two weeks in the Progress Hall, until the hall was destroyed in the cyclone of 1935, after this Mass was held in the state school. He also speaks of Fr. Steele travelling from Yeronga; catechism being taught after mass with the kids sitting on the running board of the priest’s car; and of Maureen Pye’s parents putting on First Communion and Confirmation breakfasts in the railway house at the old crossing in Smith Road. Bill speaks also of Mrs Clay who lived where the library now stands. Mrs Clay put on morning teas after Mass, and also for Fr. Tom Hegarty and his team who were involved in teaching R.E. at the Woodridge State School. Bill also remembers Fr. Rosenskjar of Mt. Gravatt Parish who organised the purchase of the blocks of land on which the first Catholic Church in Woodridge was eventually built.

No history of Woodridge Parish would be complete without mention of Ivan Dwyer. Ivan and his wife Marie arrived in the parish in 1952. Ivan was one of the speakers when Archbishop Duhig blessed the first Catholic Church when it was opened in Railway Parade in 1954. The following year, Woodridge became part of Sunnybank Parish. Fr. Tom Hegarty started a valuable link by arranging for the Sisters of St. Joseph to come to Woodridge on a Sunday to teach catechism to our children. Ivan was chairman of the Parish Council, P & F and FinanceCommittee, but is probably best remembered for the tremendous work which he did for the St. Vincent de Paul. Ivan saw this work as being essential in an area such as this. Ivan Dwyer died after being struck by a motor vehicle on his way home from church one night. The blue cross that is now on top of the church was erected in his memory. Ivan and Marie’s son, John, still lives in the parish with his family.

The story from 1968 is best described by the way the parish reacted to the growth in the area which resulted, in the main, from the decision by the Housing Commission to build a large number of “Commission” homes in the area. By 1968, the little church in Railway Parade was overflowing onto the verandah and there was no Catholic school for the children. A double storey brick building was erected at a cost of $64,000 on the present site. There were three classrooms on top, and the downstairs area was a chapel to hold 300 people.

The Sisters of St. Joseph arrived in 1969 to take charge of the school. The Sisters travelled out from Sunnybank for 4 years and Annerley for 1 year, until a residence was acquired forthem in Jean Street, Woodridge, in 1975. Sr. John O’Donnell became the first Principal, to be followed in 1971 by Sr. Marguerite Liddy. In 1976, Sr. Theresa Herily became Principal, followed in 1978 by Sr. Francis Carroll. Sr. Francine Caesar was the next Principal, followed by Sr. Jenny Scari. The St. Joseph Sisters have played a big part in the development of the school, and parishioners would remember the tremendous work they have done. The parish of St. Paul’s would never work for its many children, and for the parish in its widespread
activities.

In 1969, the enrolment was 55 children. This enrolment was to continue to grow to 720 pupils in 1981. In this time parish life grew, while a large part of activity seemed to be directed towards raising money to pay for yet another building; this time also saw the development of parish council, liturgy committee, catechumenate, youth groups etc.

In September 1973, the Montfort Fathers arrived to become the first priests in Woodridge. Fr. Irvine Leclerc was Parish Priest, and Fr. Cyril Madden was an Assistant Priest. Fr. Cyril remained in the parish until the Order withdrew in 1989. Fr. Louis Catterall came to be Parish Priest in 1978. He saw the need in the parish for a church. By organising the sale of the land in Railway Parade, the parish was able to finance the building of our beautiful church which was opened in 1981. It is interesting to note that both the land on which the church and school now stand and the blocks of land in Railway Parade were obtained from donations of land made to the parish.

In 1983, the Christian Brothers began working in the parish, and together with the Presentation Sisters, began a school for long term truants. The Marist Sisters also joined our parish family.

In July 1989, after the Montfort Order withdrew from the parish, Fr. Frank O’Dea was transferred from the Murgon parish; the first diocesan priest in the Woodridge parish. In 1990, Fr. John Conway, a newly ordained priest from the coal-mining and railway city of Ipswich, became the assistant priest.

In August 1990, the parish will hold its first “parish gathering”, following the lead set by the Archdiocesan Assembly held in 1989. The parish aims to review what has been done in the past, look at the needs to be met in the area, and plan its course of action for the next 5 years. 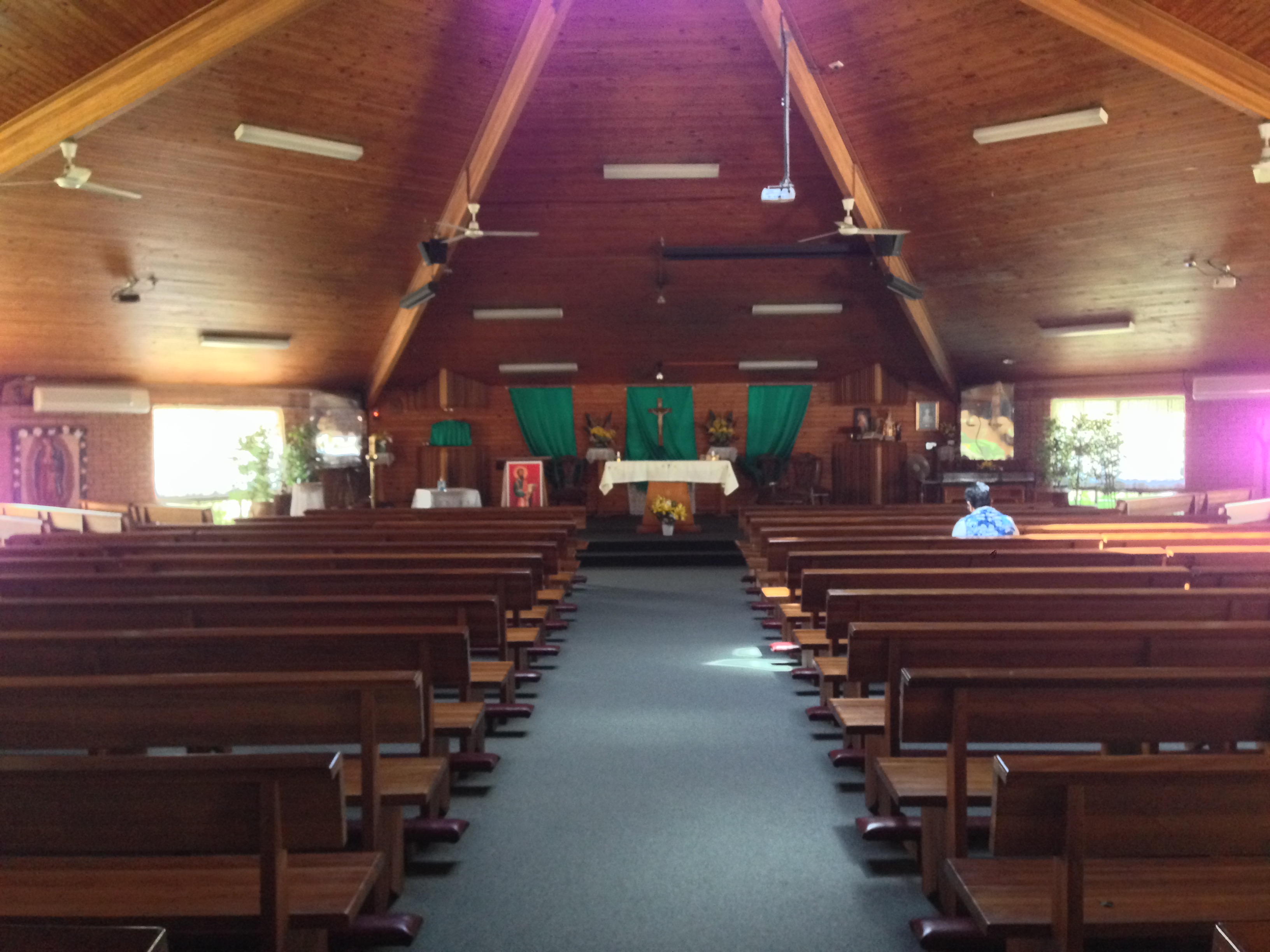 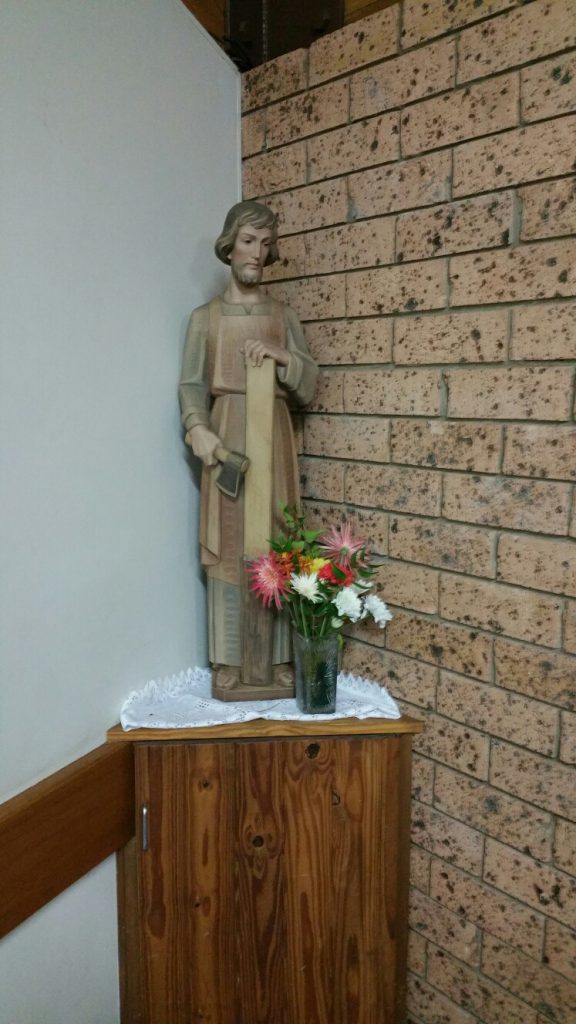 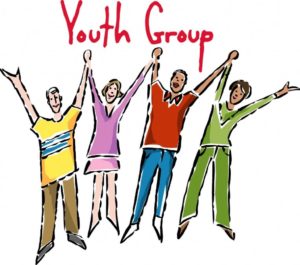 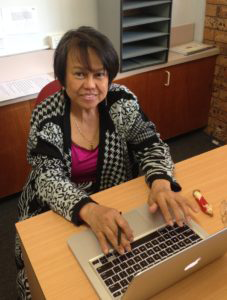 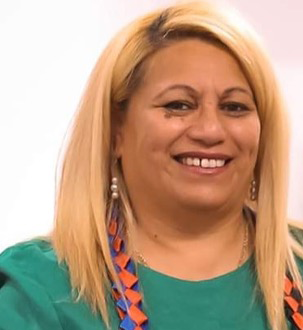 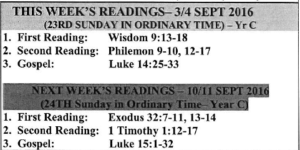 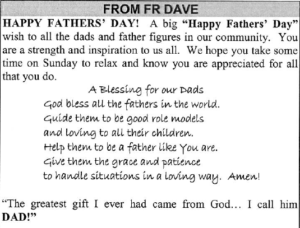 Confraternity of Our Lady Help of Christians

Adorers of the Eucharist 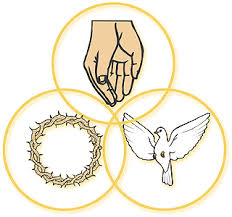 Our Lady of Fatima

Meetings Days: 13th of every month 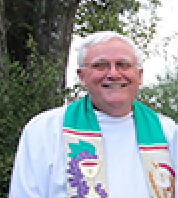 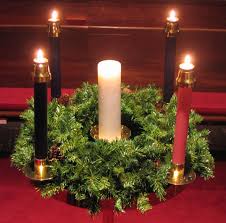 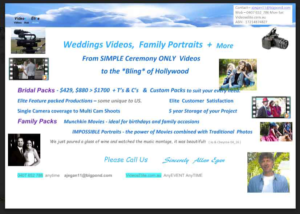 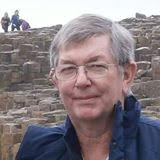 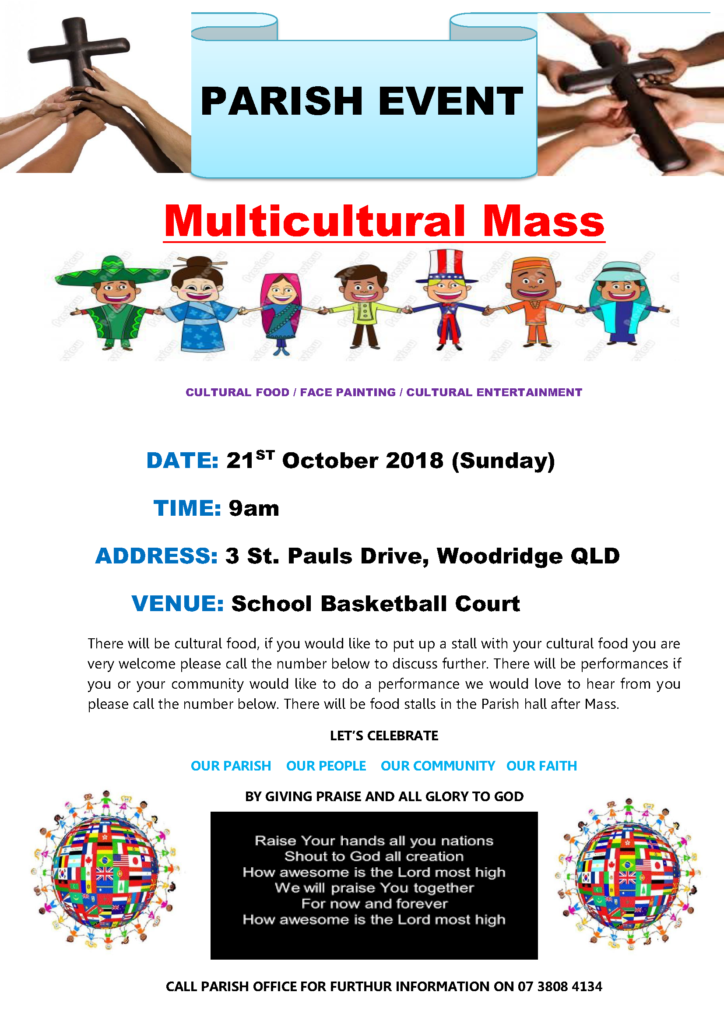 After 9am Mass in the Parish Hall

Scroll back to top